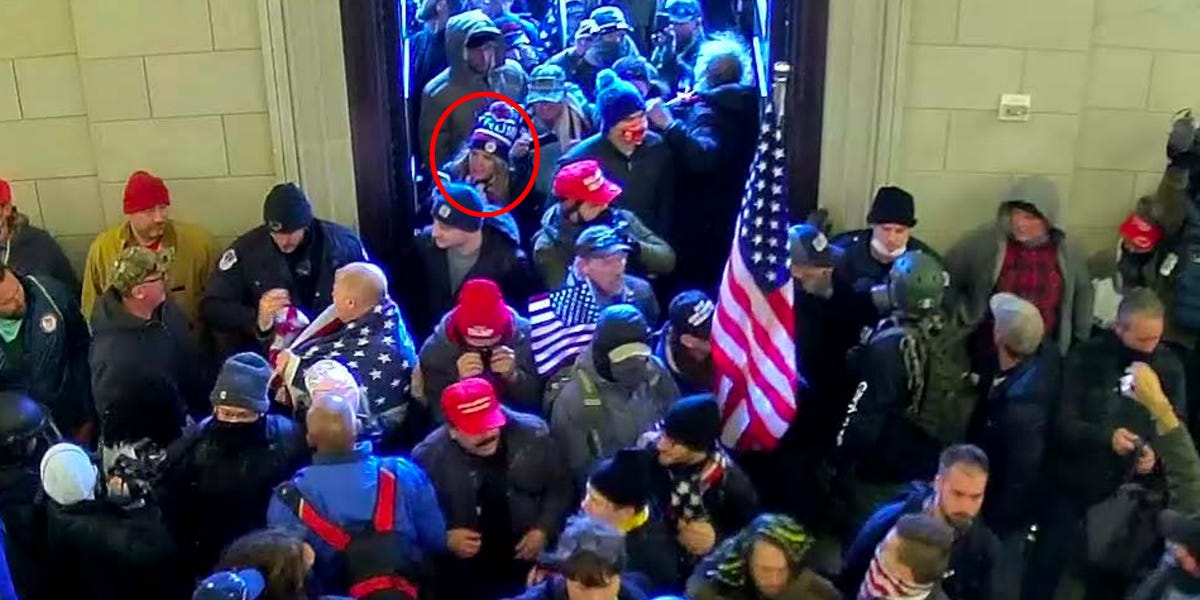 Jenna Ryan, a Texas real estate agent who boasted about storming the Capitol on January 6 before coming to regret her decision, on Thursday pleaded guilty to a misdemeanor charge in connection with the riots.

Ryan pleaded guilty to a single federal misdemeanor charge of parading in the Capitol building, and is set to be sentenced on November 4 with a maximum penalty of six months in prison.

She will also pay $500 in restitution for the damage caused to the Capitol as part of the terms of her plea agreement. The government is seeking $2,000 in restitution from Capitol riot defendants who plead guilty to felonies and $500 from misdemeanor defendants.

Read more: These 12 lawyers are Trump’s chief line of defense as his legal woes keep on mounting

Ryan, who supports former President Donald Trump traveled to Washington, DC, on a chartered plane, gleefully documented her attendance at the riots on social media and in live videos that prosecutors later used to charge her — while promoting her Frisco, Texas-based real estate business along the way.

A grinning Ryan posed next to a broken window at the Capitol with a peace hand signal, captioning the photo on Twitter: “window at The capital. And if the news doesn’t stop lying about us we’re going to come after their studios next.”

“We are going to f—ing go in here. Life or death, it doesn’t matter. Here we go,” she said in a live video she took and posted to Facebook and YouTube, according to an FBI affidavit, later adding, “y’all know who to hire for your realtor. Jenna Ryan for your realtor.”

Surveillance videos of the crowd breaching the Capitol complex show Ryan wearing a Trump beanie hat. These video stills were included in the FBI’s affidavit in her case.

After the riots, she tweeted: “We just stormed the Capital. It was one of the best days of my life.”

But Ryan eventually turned on Trump when he did not pardon her or any accused rioters before he left office as she publicly pleaded with him to do so. She told The Washington Post in February that she felt hoodwinked by Trump’s impassioned pleas to “stop the steal” and abandoned by her fellow “patriots.”

“I bought into a lie, and the lie is the lie, and it’s embarrassing,” she said. “I regret everything.”

“Not one patriot is standing up for me,” Ryan told The Post. “I’m a complete villain. I was down there based on what my president said: ‘Stop the steal.’ Now I see that it was all over nothing. He was just having us down there for an ego boost. I was there for him.”

In the months since her arrest, however, Ryan’s Twitter feed has continued to feature retweeted posts floating a baseless conspiracy theory that the FBI was involved in the January 6 attack and links to articles questioning the integrity of the 2020 election alongside links to her real estate listings.