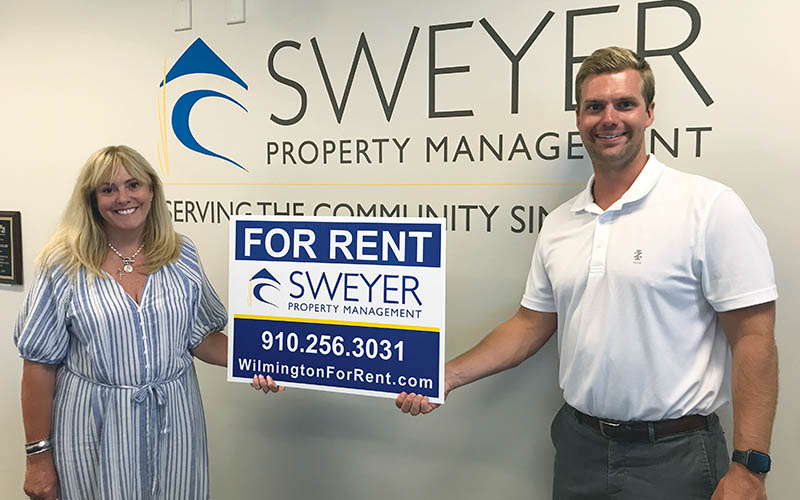 While it can be a challenge for a potential homebuyer to find a property in the Wilmington market these days, the same is true for those who want to rent a house.

Local experts can cite numerous examples. Wilmington-based Sweyer Property Management manages about 1,200 rental homes in the region and in the past, its occupancy rate percentage has hovered around the low- to mid-90s, said Brad Johnson, the company’s general manager.

Even those that are about to become available are rented before the previous tenant leaves.

“We’re having incredible success renting our properties and keeping them occupied,” Johnson said. “And that’s despite the fact that rents are continuing to go up. People are continuing to pay them because there’s not a lot of alternatives as far as places to live. There’s only so much supply, and there’s incredible demand to live in Wilmington.”

The 99% occupancy situation began about four or five months ago, Johnson said.

He said Sweyer Property Management and Charlotte Yow, the company’s director of business development, get calls every week from people who want to buy houses that they can use for investment income as rentals.

“We have plenty of people from out of town, from the West Coast, plenty of people from in town who are looking to get into real estate investing; they call us to help them find homes to purchase, get them leased, manage the property and potentially sell down the line for however long they want to hold that asset,” Johnson said.

These days, some investors are choosing to sell their rental proper ties to take advantage of what has been a seller’s market, with prices in New Hanover, Brunswick and Pender counties continuing to rise and inventory still low.

In July, although the number of home sold decreased compared to the same month the previous year, the median sales price jumped nearly 14% to $364,366 for single-family homes and 16% to $270,000 for townhouses and condos, according to a recent report by Wilmington-based Cape Fear Realtors.

Despite the recent slowdown, the local sales market has had an impact on the rental housing industry.

“Probably our biggest struggle this year has been the fact that the sales market has been so strong,” Johnson said.

For example, he said, some buyers who purchased homes at the top of the market before the Great Recession in 2008 held onto those purchases and rented them out rather than sell them for a lower price.

“They are very motivated to sell in this market because they can get so much for their home,” though that activity has slowed some recently, Johnson said.

Realtors say that’s because some potential buyers are getting out of a game that is stacked in favor of the sellers.

“I probably have a list right now of about 50 investors that want to buy; they can’t find anything to make the numbers work, because once they go to bid on something they’ve got to be prepared to pay $25,000 more than asking,” Yow said.

Johnson added, “Even though everyone still wants to sell and capitalize on this market, you’re starting to see a little bit more hesitancy from the buyer side, especially the investor buyer side, because they don’t want to pay a premium for the home.”

CFR reported a 20% decline in the number of homes sold in the Wilmington area last month compared to July 2020. But Realtors say the slowdown isn’t terrible news but rather a sign the market is adjusting.

“I’m not concerned at all. I think it’s probably a good thing,” said Trey Wallace, president of Wilmington-based Intracoastal Realty Corp. “While it was a great ride for sellers, buyers have really been getting the short end of the stick.”

Like sale prices, rents for single-family homes, townhomes and condos have been rising.

Rental rates could change in the near future, some agents say.

“This year has shown that single-family home rental properties seem to continue to be in high demand in our city, and the inventory is still very low,” said Rushell Bongiorno of Wilmington-based residential real estate firm Coldwell Banker Sea Coast Advantage. “I feel rental prices are still on an incline, compared to last year, but will probably stabilize in the next few months.”

Bongiorno works in property management and with investors on buying homes to put on the rental market.

“It is a great time to be an owner of a rental property in Wilmington and the surrounding areas,” she said. “With the low inventory of single-family rentals, owners should be feeling very confident with the right tenant.”

And despite the trend of climbing sales prices, Bongiorno is not seeing a lot of investors selling their rentals, she said.

“I think more are taking advantage of the perfect time to increase rental amounts. Some owners that have multiple properties are testing the waters by selling a few,” Bongiorno said.

Single-family rental homes “will always be desirable in our area. Many families have to move suddenly due to jobs or family changes, and larger families don’t find the apartment complexes as sensible as a single-family home,” Bongiorno said. “I also find that many couples, venturing into retirement, feel the carefree lifestyle of renting is appealing.”