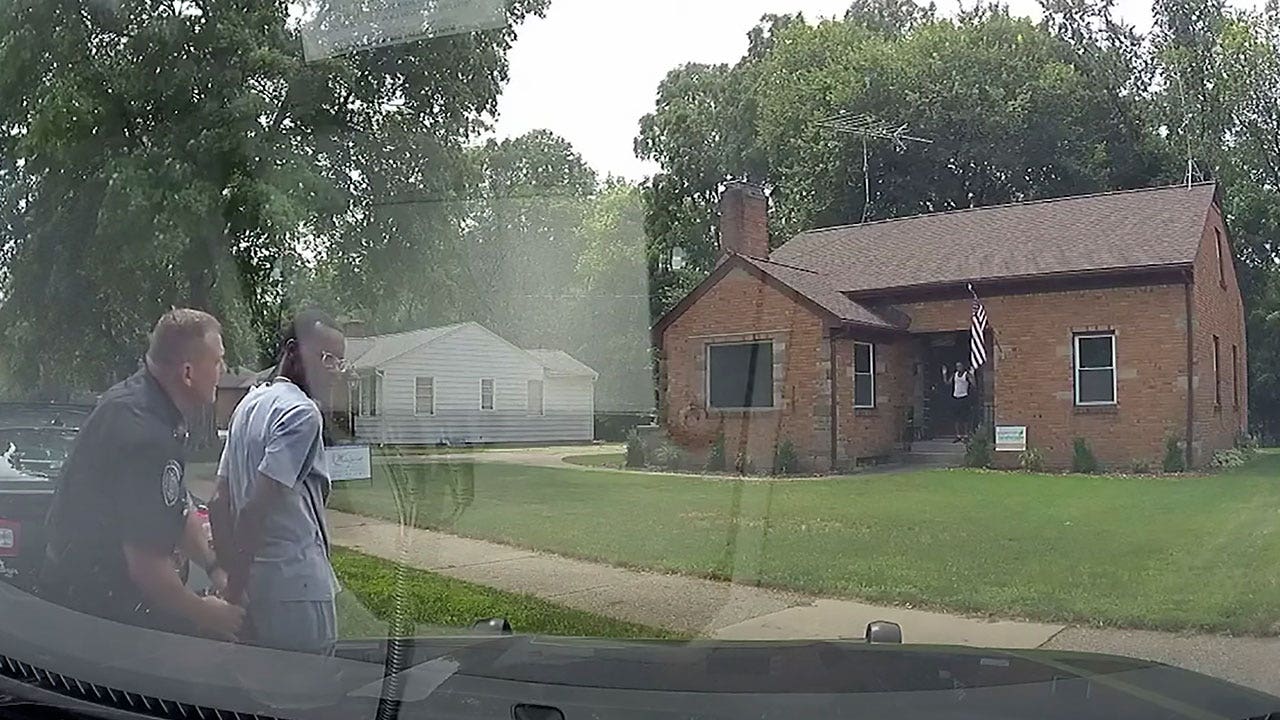 Police in Wyoming, Michigan argue that the handcuffing of a Black real estate agent and his clients captured on body camera and dash camera video was not racially motivated, as officers responded with their guns drawn because a home invasion happened at the same property a week earlier.

“After a thorough internal review of the actions of each of our public safety officers who responded to this incident, we have concluded race played no role in our officers’ treatment of the individuals who were briefly detained, and our officers responded appropriately,” Wyoming Police Department, which serves the suburb outside of Grand Rapids, said in a statement. “While it is unfortunate that innocent individuals were placed in handcuffs, our officers responded reasonably and according to department policy based on the information available to them at the time.”

Dash camera footage released by the department showed police arrive outside the home, and an officer is heard announcing himself as police and demanding anyone inside come out with their hands up. Roy Thorne, a potential buyer touring the home, walks out of the house.

“You in the grey shirt, walk toward me with your hands up,” an officer off-camera says.

He follows commands to turn around and put his hands behind his back.

Eric Brown, a real estate agent later determined to have had access to a lock box to take clients on a tour of the home, as well as Thorne’s 15-year-old son, then appear on the porch also with their hands up. Two of the five officers at the scene had their guns drawn.

Body camera footage shows a handcuffed Brown calmly explain to officers that he is a real estate agent who confirmed a house tour that Aug. 1 day online and was given electronic access through his cellphone to open the lock box at the front door. After walking from the street back to the front door to verify that information, an officer removes Brown’s handcuffs and apologizes for the inconvenience.

“You gotta do what you gotta do,” Brown says. “I guess I understand the neighbors’ concerns if the home had been broken into…”

As Brown chats with police, an officer explains that another person was arrested by a different officer for allegedly breaking into the home a few days earlier. The three were handcuffed for about five minutes total and were briefly detained, never arrested.

The department said Wyoming Police Chief Kimberly Koster reached out to the three offering to meet with them and any other family. Handcuffing is within protocol for an emergency incident, police said.

Later speaking to WOOD-TV for an on-camera interview, Brown said the incident “threw me back.”

“I feel pretty anxious, or nervous or maybe even a little bit scared about what do I do to protect myself if I’m going to show a home and the authorities just get called on a whim like that,” Brown said. “Am I just automatically the criminal? Because that’s pretty much how we were treated in that situation.”

Thorne described the “traumatizing” incident for him and his son, admitting that the officers did apologize “but at the same time, the damage is done.”

“My son was a little disturbed, he hasn’t seen anything like that,” Thorne said. “He’s not going to forget this.”

“Definitely not buying this place,” Thorne is heard telling officers on the video, after explaining that he was visiting the home with his real estate agent.

The department said in its statement that a suspect, also a Black man, who arrived in a similar car to the real estate agent’s vehicle was arrested after he went into the house without permission on July 24. That person also told police that he was interested in purchasing the house — but was not with a real estate agent and didn’t have the homeowner’s permission to go inside.

A neighbor saw Brown’s car parked in front of the house on Aug. 1 and called police, wrongly reporting the intruder had returned, the statement said. She also incorrectly described the car parked out front as a black Mercedes, when Brown arrived to show the home in a black Hyundai Genesis.

In a 911 call also released by police, a neighbor is heard telling a dispatcher, “Last week Saturday, the police came out. There was a young Black man that was squatting in a home that was for sale. I know they came and took him away and towed his car away. Well, he’s back there again.”

While the police rejected the notion that race played a role in their response, critics still disagreed.

“While, thankfully, neither Brown nor his clients were physically harmed in the incident, racial profiling – and the humiliation, indignity and trauma that comes with it – has no place in our country,” Charlie Oppler, president of the National Association of Realtors, said in a statement to MLive.

The Associated Press contributed to this report.