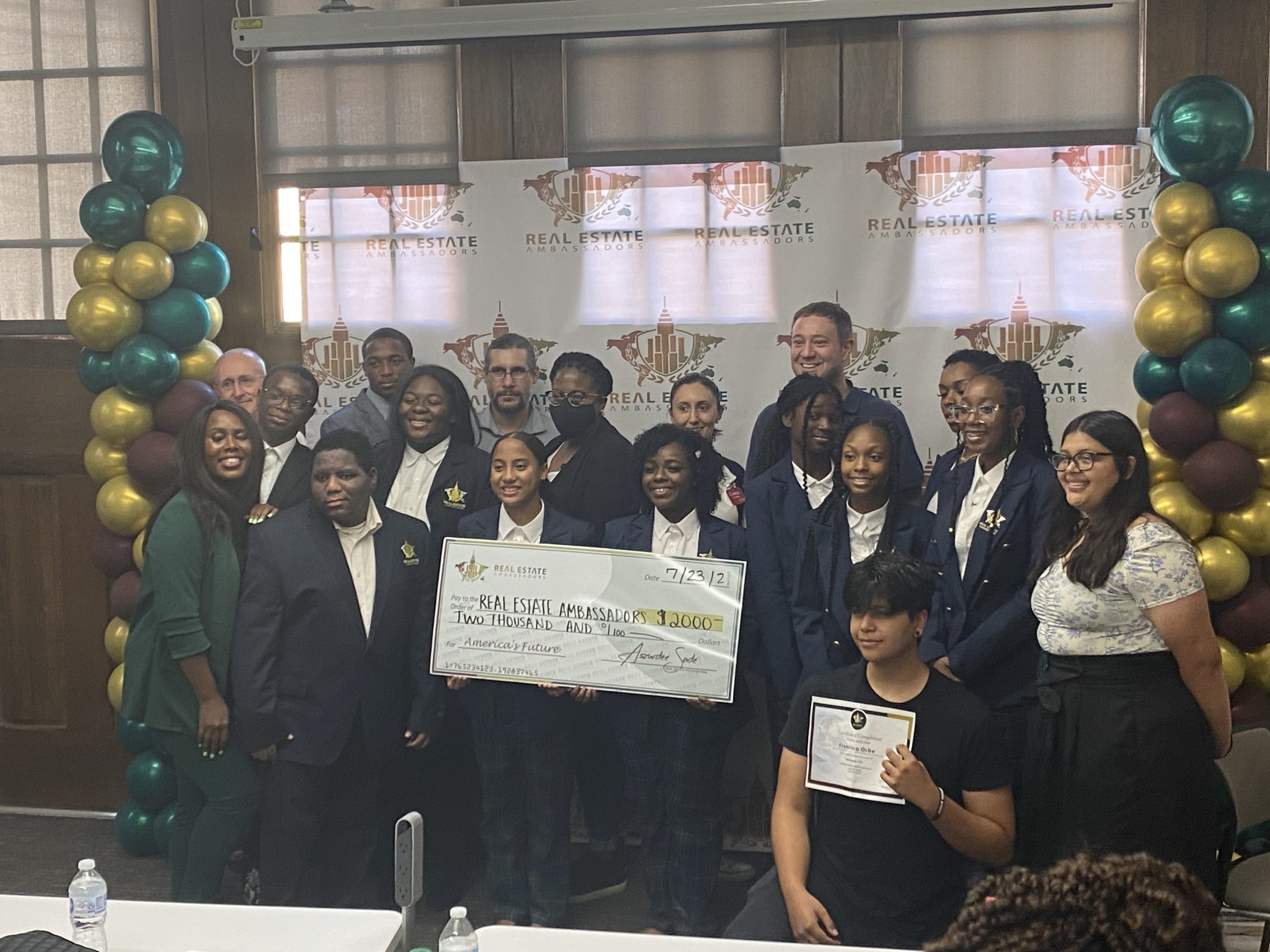 “Real estate is about more than just a home,” Carlee, a graduate of Real Estate Ambassadors told the crowd. “It’s about the land and everything on it.”

Carlee and nearly a dozen other students packed the classroom at 36 Degrees North on a sunny Friday afternoon. Joined by parents and community members, they celebrated being part of the first graduating class of the Real Estate Ambassadors.

The program, created by local real estate agent and business developer Aszurdee Sade, “introduces youth in urban communities to real estate as a means of commerce, empowerment, wealth building and financial literacy,” according to the organization’s website. It aims to position students to utilize real estate “as an alternate to the traditional pathway to success.”

“We are the world’s only mobile real estate school,” Sade said at the event. “There are no limits to what these students can learn in the real estate industry.”

Students tasked with re-imagining Greenwood without I-244

After learning the ins-and-outs of real estate throughout the course, students were tasked with using their new knowledge to dream up a re-developed Greenwood without I-244.

The construction of the interstate in the 1960s demolished much of what Greenwood residents worked to rebuild after the massacre. Debate about removing the section of highway cutting through the area has increased across the city since the centennial. In a recent interview with The Black Wall Street Times, President Biden’s senior advisor announced funding would be available in the upcoming infrastructure bill for Tulsa to take action on the issue if the community chooses to do so.

Many students, including Kunta Nyameba II, said the highway “broke up connection points in the community”.  “Black wall street never came back to its former glory,” Nyameba said.

Paxston, a student with the group “The Black Official Queens of Real Estate”, echoed Kunta’s sentiment. “[The highway] was meant to separate downtown and North Tulsa,” she said.

The plans imagined by Paxston’s group called for “a water park, a hospital and a community center” to be built in the place of the highway.

Multiple studies show that home ownerships is one of the most proven and important ways to build generational wealth in America. According to the Federal Reserve, Americans who own homes have a net worth more than forty times higher than those who rent. Significant disparities in homeownership continue to exist between high and low-income communities as well as Black and White communities.

In Tulsa, data shows that White residents are nearly twice as likely to own a home as Black residents. This coincides with the nation’s vast “racial wealth gap”, with White families holding seven times the wealth of Black families.

Programs like Real Estate Ambassadors, however, are likely to help change that.

Throughout the presentations, student after student remarked about how determined they are to own their own piece of real estate.

“Real estate is not just a home,” several students said. “It’s the land the home sits on, the minerals below it, and the air above it. You own all of that.”

Following presentations, Sade presented several of the older students with financial scholarships to help them pursue their real estate licenses. She and other community partners also pitched in to provide cash prizes to each of the three teams.

“I am so proud of y’all,” Sade told her students, fighting back tears as the program grew to a close. “So proud.”