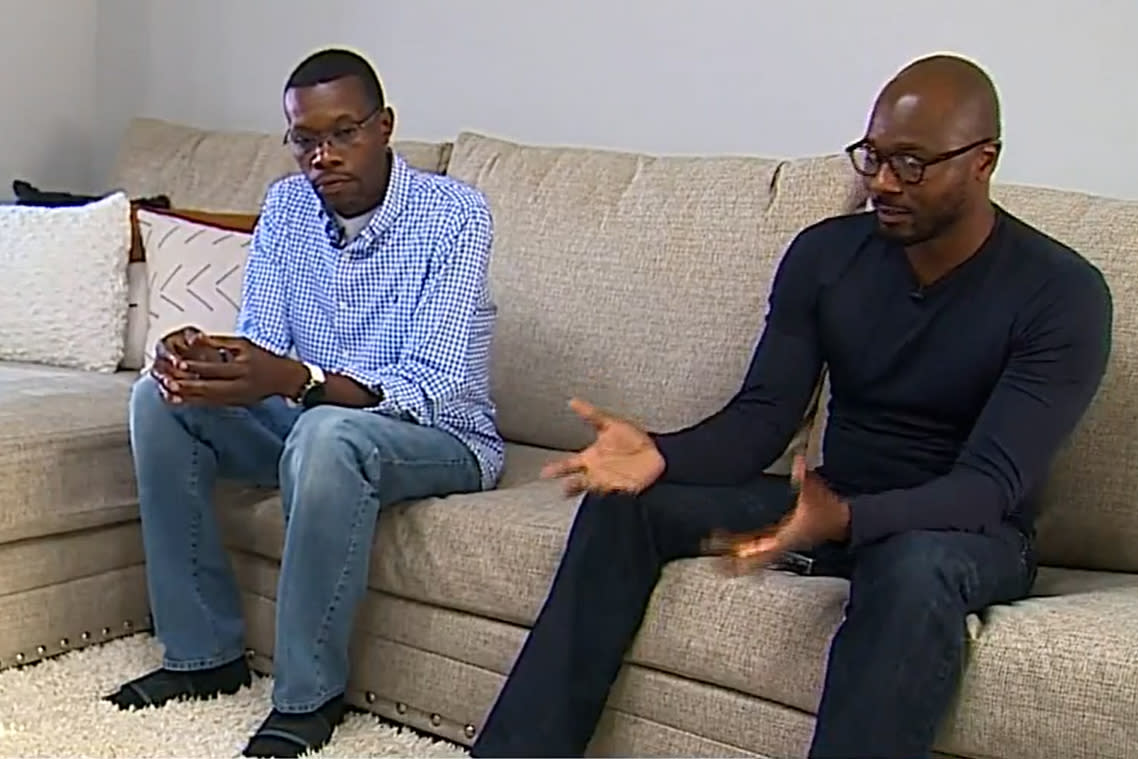 Police in Michigan are standing by a group of officers who drew their guns on and handcuffed a real estate agent, a potential home buyer and his 15-year-old son, all three of whom are Black and were touring a home on Sunday.

Officials with the Wyoming Public Safety Department said in a statement that the officers acted appropriately when they surrounded the Wyoming home and demanded that the three come out after they received a call about a home invasion at the location.

“After a thorough internal review of the actions of each of our public safety officers who responded to this incident, we have concluded race played no role in our officers’ treatment of the individuals who were briefly detained, and our officers responded appropriately,” the statement said.

Eric Brown, 46, of Grand Rapids Real Estate, was giving Roy Thorne and Thorne’s son, Sammy, a tour of the two-story home in the early afternoon when he saw a police officer circling the property with his gun drawn, Brown has told NBC News. Brown had access to a lockbox that held the house key and let himself in, as he usually does when he is working as a real estate agent, he said.

What Brown didn’t know was that a man had been detained on suspicion of having illegally entered the home about a week earlier. A neighbor spotted Brown entering the house and called police, telling the dispatcher that the man was “back there again. His car’s sitting out front,” according to audio of the call. Apparently, the suspect’s black Mercedes resembled Brown’s black Genesis, police said.

At least five patrol cars were on the scene, and Brown, Thorne and Thorne’s son were handcuffed.

Bodycam video shows the three exiting the home with their hands in the air, surrounded by patrol cars blocking the street. Brown said he believed he, Thorne and Sammy were being racially profiled.

After Brown convinced them he was a real estate agent by having an officer take out his wallet to find his business card and showing them how he had retrieved a key from a lockbox at the home, the officers removed the handcuffs and apologized, he said.

Brown said he feared for their lives, adding that Sammy was “clearly terrified and traumatized by the situation.”

“I went from being afraid for my life to shellshocked to ‘this is not right’ to now slightly angry,” he said. “I felt definitely guilty of breaking into this house. And I had the keys to it.”

The country is in a time of racial reckoning, heightened by a summer of protests against systemic racism and police brutality following the death of George Floyd in police custody. Brown said he and Thorne are speaking with a lawyer.

But Wyoming police said a review found that the officers did nothing wrong. Officials said their actions were in “accordance with department policy and training.”

Brown later told NBC News that he believed the department’s response was inappropriate. The police captain “released that statement without enough initial due diligence to substantiate it,” he said. “Basically, she had say to something. She’s going to have to answer some really hard questions here soon.”

After a review of bodycam video, two police officials found “no policy violations and indicated officers acted appropriately based on the information available to them at the time.”

Police said that Public Safety Director Kim Koster has reached out to Brown and that the department is arranging a meeting.